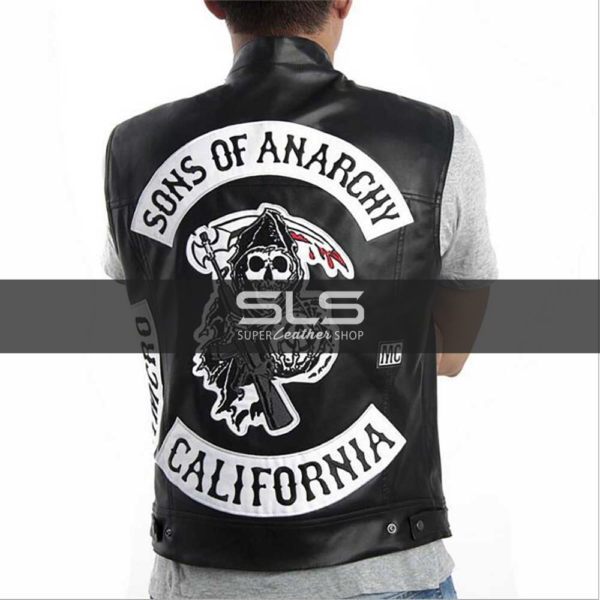 Sons of Anarchy” is one of the famous American crime drama TV series created by Kurt Sutter popularity around the world. In this drama series, characters wore a variety of costumes but one of them has become the highly preferred one, which is the “Sons of Anarchy Vest with Patches”, worn by Jackson ‘Jax’ Teller who performed as Charlie in this drama. There is no doubt that he is one of the most popular Characters  Fans like to adore his styles, so based on our passion for manufacturing character inspired attire, we love to bring there screen-accurate design  which makes it appealing for motorcycle riders as well as fashion-buyers.

There are no reviews yet.